Produced in collaboration with Audiorama.

Annea Lockwood — A Sound Map of the Danube

Born in New Zealand in 1939 and living in the US since 1973, Annea Lockwood is known for her explorations of the rich world of natural acoustic sounds and environments, in works ranging from sound art and installations, through text-sound and performance art to concert music. A Sound Map of the Danube is a surround ‘sound map’ of the entire Danube River, incorporating a wide variety of water, animal and underwater insect sounds, rocks from the riverbed and the voices of those whose lives are intimately connected to the river. This work will be installed and available to experience at MDT’s Studio 2 for the duration of the festival — no ticket/pass required. 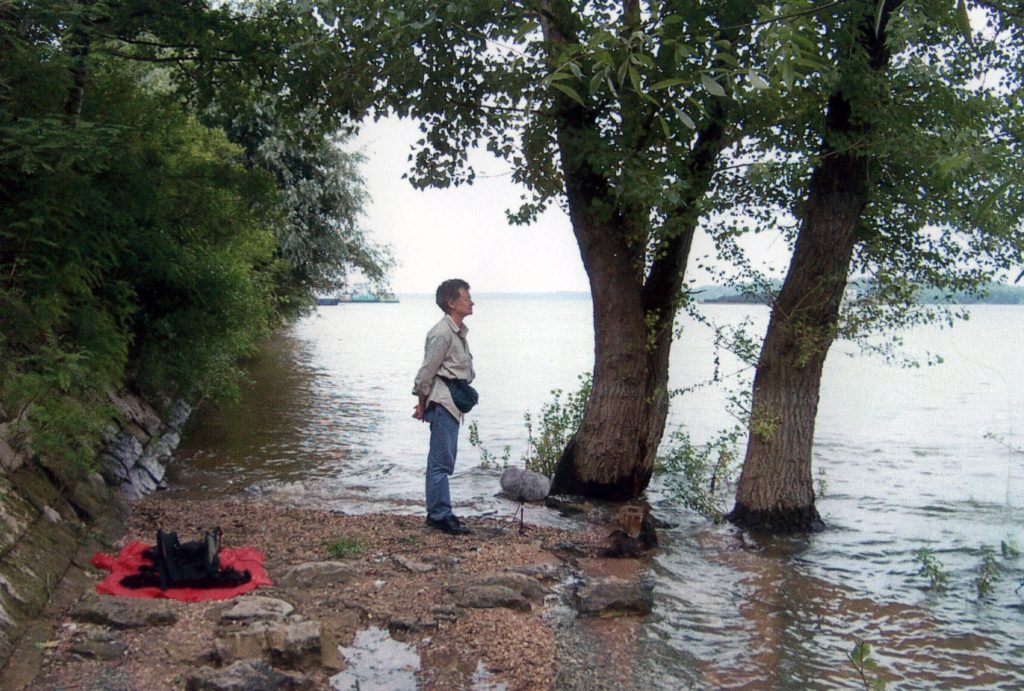 Annea Lockwood will also be in conversation with Crys Cole on Friday 8th February at MDT’s Studio 1 and there will be a performance of two of her concert works on Saturday 9th February at Fylkingen.

Viola Torros Project is an ongoing research, by composer-performers Catherine Lamb and Johnny Chang, which seeks to realise and arrange the compositions of a pre-medieval composer, Viola Torros.

Viola T. was an anonymous composer who worked outside of the religious and academic establishments of her time. In her own practice, she documented her works in a minimally effective way, just enough to communicate with her fellow collaborators but barely enough to preserve a legacy for later generations of enthusiasts of her music.

The concept of ‘research’ referred to by the Viola Torros Project involves studies of various relevant musical styles of the pre-medieval period (arabic, byzantine and indian modes), and investigating possible evolution of melodic and harmonic developments as V. T. might have discovered. Choosing one aspect of such a musical style to focus upon, details are discovered and presented in an arrangement for two violas, often with additional augmentations.

Sarah Hennies performed a riveting solo as part of the Second Edition Festival for Other Music in 2017 and it’s with much excitement that we welcome her back to Stockholm to present ‘Contralto’ an ambitious work for video, strings, and percussion that exists in between the spaces of experimental music and documentary. The piece features a cast of transgender women speaking, singing, and performing vocal exercises accompanied by a dense and varied musical score performed by a seven piece ensemble.

When a transgender man begins taking testosterone it causes his vocal cords to thicken and his voice deepens and drops into the so-called ‘masculine range’. It is not widely known, however, that trans women’s voices are unaffected by higher levels of estrogen in the body. Being a woman with a ‘male voice’ creates a variety of difficult situations for trans women including prolonged and intensified dysphoria and higher risk of harassment and violence due to possibly exposing someone as trans unintentionally.

‘Contralto’ – defined in musical terms as ‘the lowest female singing voice’ – uses the sound of trans women’s voices to explore transfeminine identity from the inside and examines the intimate and peculiar relationship between gender and sound.

MDT is situated on Skeppsholmen in central Stockholm, adress Slupskjulsvägen 30-32. See map. Bus 65 as well as Djurgårdsfärjan stops at Skeppsholmen. The closest subway station is Kungsträdgården. There are parking lots on Skeppsholmen, close to the theatre.

The premises are wheelchair accessible.
Guides go for free. Please contact us at john@edition-festival.com to prebook your seat.