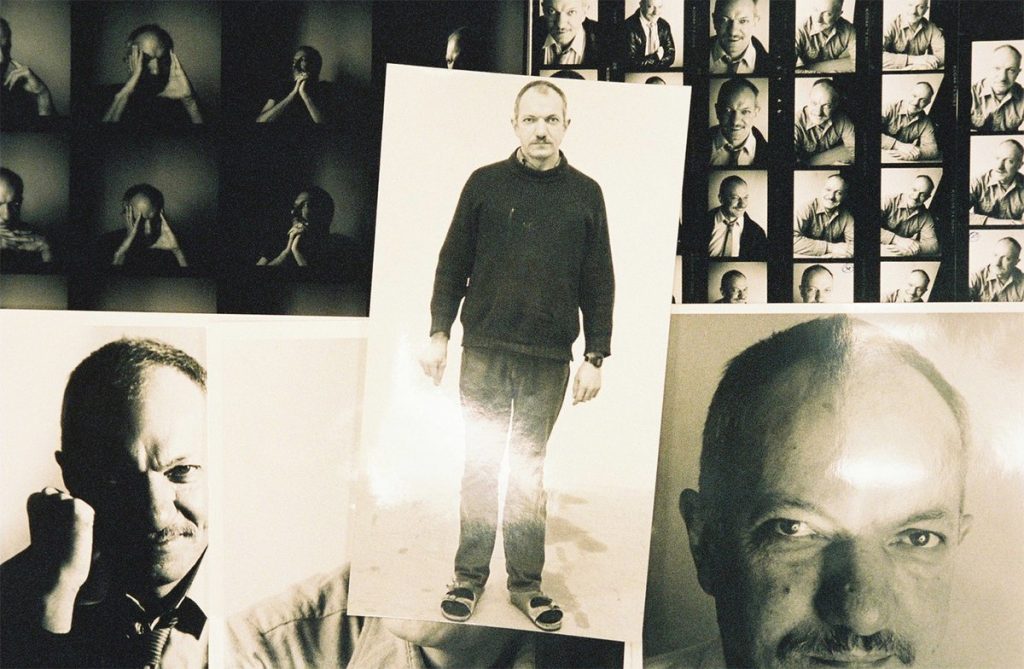 With Electro-Pythagorus: A Portrait of Martin Bartlett Luke Fowler pays tribute to the work and musical ideas of Martin Bartlett (1939-93) a proudly gay Canadian composer who during the 1970s and 1980s pioneered the use of the ‘microcomputer’. Bartlett is hardly recognised, never mind canonised, in cultural life. He researched intimate relationships with technology and was particularly interested in handmade electronics where, as he states in one of his performances: “the intimacy of handcraftedness softens the technological anonymity creating individual difference making each instrument a topography of uncertainties with which we become acquainted through practice’.

‘Pilgrimage from Scattered Points’ is a film about the English composer Cornelius Cardew (1936-1981) and The Scratch Orchestra (1968-73). Cornelius Cardew formed the orchestra with Michael Parsons and Howard Skempton in 1968 and published their draft constitution in “The Musical Times” in June 1969. The constitution set out the framework, which would dominate the orchestra’s musical work for the first half of its existence. It proposed a fluid community where students, office workers, amateur musicians and some professional composers would gather together for performance, music making and edification.

McCann was born in California in 1988 in a small beach town called Goleta. He now resides in Los Angeles. He has been publishing albums since 2007, utilising an array of instruments including violin, piano, & voice. His first fully realised album, Music for Private Ensemble (2013), found the artist multi-tracking and performing dozens of layers of instruments and sounds to form a one-man-orchestra. The logical followup album, Music for Public Ensemble (2016), lassoed in 30 other musicians to join and puzzle together a 2xLP of lush chamber works, choral pieces, & text-sound compositions.

For this performance, McCann will present a new work for a nine-piece ensemble including:

Bordreuil/Rowden is Leila Bordreuil (US/FR) on cello and Zach Rowden (US) on contrabass. This duo acts as a culmination of the players diverse influences, ranging from harsh noise to spectral music and everything in between. Bordreuil/Rowden focuses on the abstract sonic possibilities of their respective instruments through extended technique and creative amplification methods, with a fierceness that takes forms as varied as grating noise-scapes and and low tranquil drones. They released Hollow, their debut album, on the excellent No Rent Records in May 2017, and have been extensively touring the US and Europe since then. For fans of Morton Feldman and Hijokaidan alike.

Leila Bordreuil is a Brooklyn-based cellist and composer working in the realm of improvisation, noise music, and sound art. The New York Times has described her work as “steadily scathing music, favoring long and corrosive atonalities”.

She has collaborated/performed with many artists such as Marina Rosenfeld, Eli Keszler, Nate Wooley, C. Spencer Yeh, Toshimaru Nakamura, Lee Ranaldo, Bill Nace, Weasel Walter and Lea Bertucci. Her work has been showcased at The Whitney Museum, MoMA PS1, The Kitchen, The Stone, Café Oto (London), All Ears Festival (Oslo), Ausland (Berlin), Ftarri (Tokyo) and many basements across the US. Leila Bordreuil is a 2017 MacDowell Fellow in Composition, was a visiting composer at the Royal Conservatory of the Hague (2017), and an artist-in-residence at Issue Project Room (2016).

The innovative, boundary-smashing work of Nicole Mitchell, whom Chicago Reader music critic Peter Margasak has hailed as the “greatest living flutist in jazz”, has contributed new life to Afrofuturism in the 21st Century. A voracious reader of science fiction since her youth (Afrofuturist author Octavia E. Butler in particular has exerted a heavy influence on her music), the musician, composer and educator has released a string of albums that fold themes centered around technology, spirituality, race and gender into profoundly exploratory jazz that oftentimes reaches far beyond the genre in which it is rooted. Her vast sound can and often does encompass contemporary classical, globally oriented fusion, gospel, spoken word, funk-inspired groove research and even brittle shards of avant-rock.

With Mandorla Awakening II: Emerging Worlds (FPE Records; May 2017) she uses science fiction to pose the question, “What would a world look like that is truly egalitarian, with advanced technology that is in tune with nature?”

Mandorla Awakening II explores what Mitchell describes as the “collision of dualities.” The work chronicles the journey of a couple as they find themselves navigating between two civilizations: the World Union, a crumbling society rampant with injustice and inequality, and Mandorla, a utopia where spirituality, technology and nature coexist harmoniously. The former is masculine, hierarchical and violent while the latter woman-centered, egalitarian and peaceful.

This engagement is supported by Mid Atlantic Arts Foundation through USArtists International in partnership with the National Endowment for the Arts and the Andrew W. Mellon Foundation.