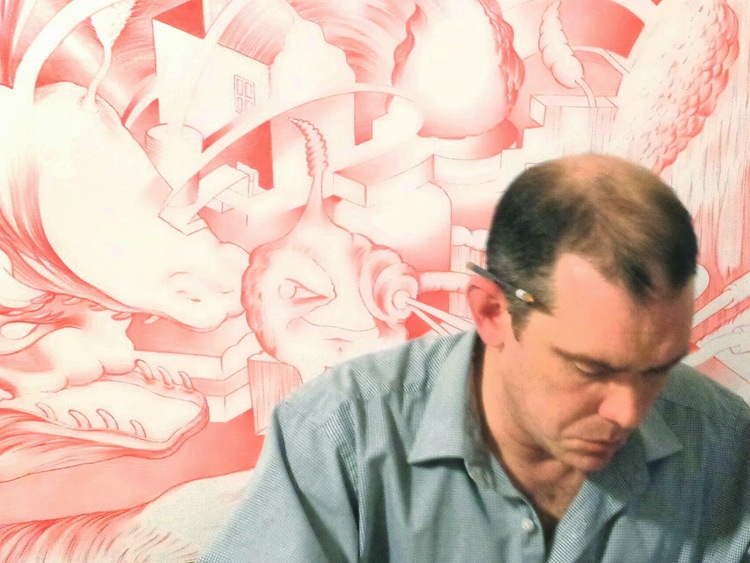 Graham Lambkin is a multidisciplinary artist based in Upstate New York who first came to prominence in the early 90′s through the formation of his music group The Shadow Ring. Following the dissolution of The Shadow Ring Lambkin embarked on a series of striking and highly original solo releases, including Salmon Run (2007) and Amateur Doubles (2012), a critically acclaimed trilogy with experimental tape musician Jason Lescalleet: The Breadwinner (2007), Air Supply (2010) and Photographs (2013), and Making A (2013) a collaboration with renowned table-top guitarist and founding member of the  AMM group, Keith Rowe. His latest release, Schwarze Riesenfalter sees Lambkin paired with Wandelweiser composer Michael Pisaro in a musical reimagining for the texts of Georg Trakl.

Lambkin also curates the Kye label, which, since it’s conception in 2001 has published audio work by contemporary artists such as Vanessa Rossetto, Malcolm Goldstein, and Matt Krefting, as well as archival collections from the likes of Henning Christiansen, Moniek Darge and Anton Heyboer.